How Are Tornadoes Formed?

Jo: [We’ll] get a profile [of the tornado’s structure] for the first time.
Dr. Reeves: What will that do?
Jo: If we know how tornadoes work, we can design a warning system.
Dr. Reeves: Aren’t there warnings already?
Jo: Right now, it’s three minutes. If we can get this information, we can increase it to 15, give people a chance to get to safety.

Twenty-six years after the movie Twister, there is still a great deal weather science does not know when it comes to tornado formation. This is an important topic because, as Helen Hunt’s character, Jo, says, more knowledge will likely lead to better tornado warnings. We have improved the average “lead time” from three minutes in 1996 to 8.5 minutes today. Lead time is the interval from when the warning is issued to when the tornado arrives.

However, when it comes to the tornadoes that do significant damage and cause injuries, we believe there are two types of storm formation: 1) supercell tornadoes and 2) squall line tornadoes.

Supercell tornadoes, like the terrible Greensburg, Kansas, Tornado in 2007, develop from rotation in the thunderstorm and then down to the ground. The nearby Doppler wind data showed swirling winds of 150 mph in the clouds, which only strengthened as the storm approached. (Doppler wind image shown below.) The tornado developed downward. We’ve known some of these basics for about sixty years. 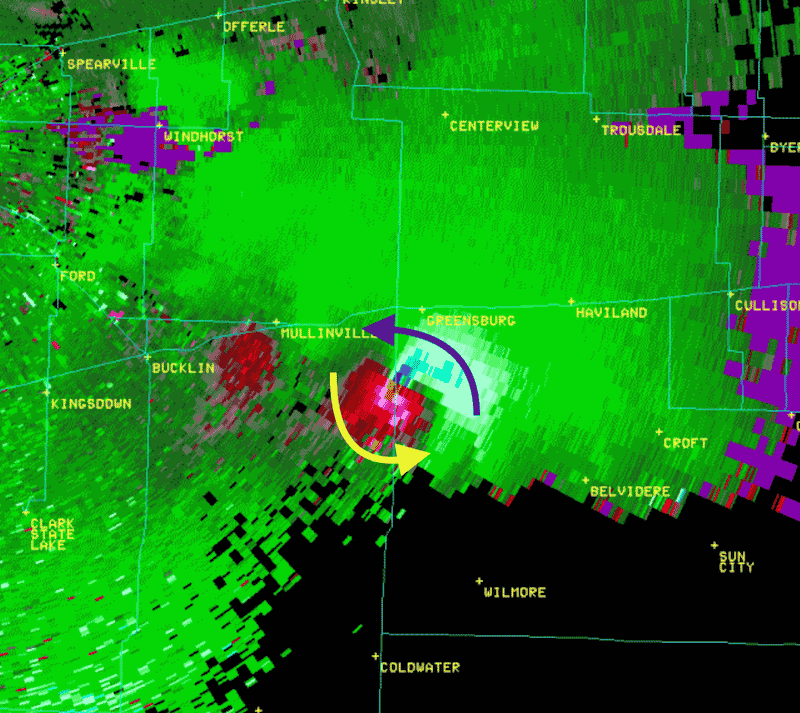 Until the 1980s, we thought all tornadoes formed from the clouds down. However, during that decade, Dr. Roger Wakimoto and others hypothesized that some tornadoes form from the ground up. 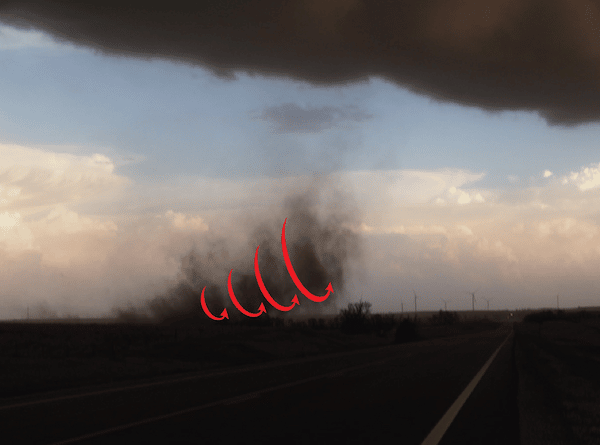 Below, the swirl aligns with a funnel cloud (upper arrow) as the twisting winds strengthen near the ground (lower arrow). 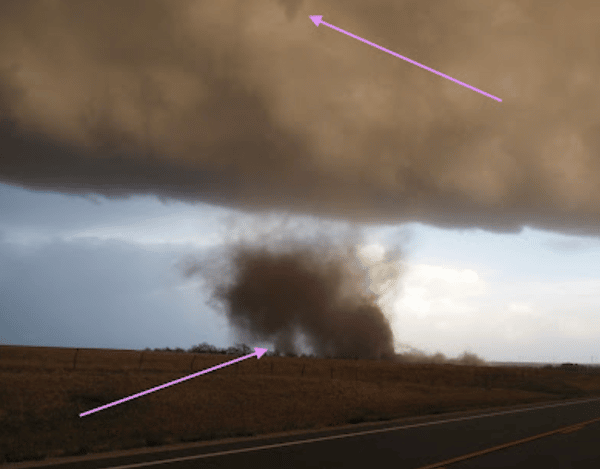 Moments later, a full-blown tornado is in progress and moving east. The storm damaged farm buildings before it lifted. 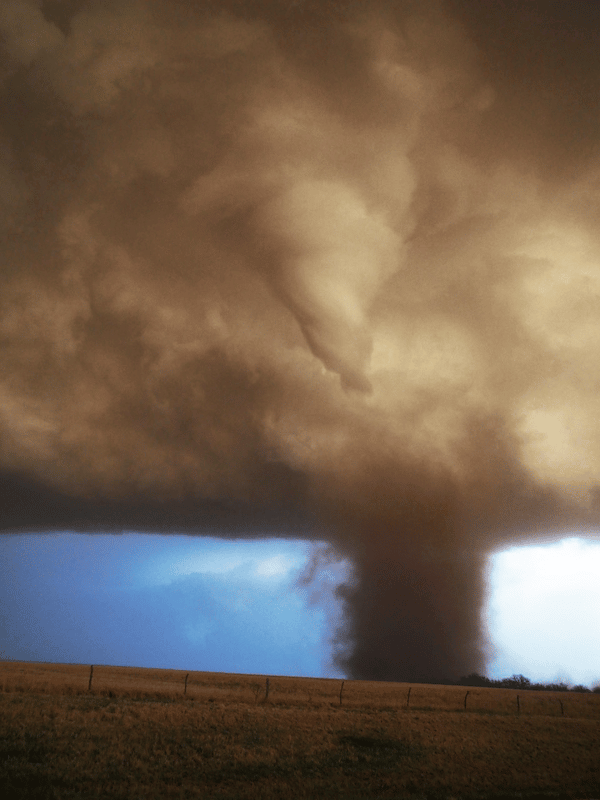 The warning on the Tampa tornado was poor, as it was the first of many tornadoes that formed from a developing squall line after several tornadoes that came from supercells. As a result, it may have caught weather scientists off guard. Weather science must continue to learn about these storms so warning quality can improve.

There are other types of tornadoes beyond these two. There are:

We still have quite a bit to learn about all types of tornadoes. Fortunately, meteorologists have been performing multiple field experiments over the last five years that – hopefully – will provide us with crucial knowledge.

Until then, when the sky looks scary, be sure to keep apprised of the weather situation in the chance that your area could be under a tornado warning.